Formally inaugurated in 1892, the LCIA has been administering international arbitrations for 130 years and is one of the oldest and most prestigious arbitral institutions in the world. The LCIA is a not-for-profit organisation comprising the Company, the Arbitration Court and the Secretariat. Headquartered in the United Kingdom, the LCIA is said to oversee 300 new arbitrations each year. Without ties to a government or country-specific legal system, the LCIA Arbitration Rules provide a set of rules which are widely recognised as being neutral, efficient and flexible. Arbitrators remain independent of the LCIA and are appointed by the parties. Membership is not required to commence arbitration proceedings under the LCIA Arbitration Rules.

Fees for commercial cases are not calculated in relation to the amount in dispute but are based on a fixed registration fee. Services are charged at hourly rates, which range from £165 per hour for casework accounting functions, and £75 to £175 per hour for a tribunal secretary to £250 per hour for counsel. Fees and Expenses of the Arbitral Tribunal are capped at £500, notwithstanding exceptional cases, and special fees for emergency proceedings include, but are not limited to, a £9,000 application fee and an Emergency Arbitrator’s fee at £22,000. The LCIA’s costs and duration analysis provides an analysis of average LCIA arbitration costs between 2013 – 2016, with the average cost being USD $97,000, excluding legal representative fees, which parties are expected to pay independently. The median duration was found to be 16 months.

The availability of legal support service providers, along with the city’s international connectivity, makes London an attractive choice for commercial arbitration. However, the high costs associated with arbitrating in London may be a deterrent for some parties.

Initially established in 1994, the DIAC stands as the largest arbitration centre in the Middle East. After the abolishment of the renowned DIFC-LCIA, the EMAC and DIA have now been consolidated to create the Dubai International Arbitration Centre, which is the default seat of international arbitration in Dubai as of March 2022. With this establishment came the much-anticipated new 2022 DIAC Rules – last updated in 2007. The new 2022 Rules are based on the UNCITRAL Model Law on International Commercial Arbitration (“the Model Law”), which has been adopted by more than 150 states worldwide.

Some of the most notable changes include:

The DIFC was established in 2004 as a separate jurisdiction within Dubai, with its own civil and commercial laws based on English common law. The DIFC has an independent court system, which is presided over by international judges and is, therefore, well-positioned to provide efficient, effective and enforceable arbitration proceedings. The costs of arbitration in Dubai are relatively low when compared to other major arbitral centres. Fees for commercial cases at the DIAC are based on a graduated scale according to the amount in dispute. Tribunal expenses, administrative fees and tribunal fees are calculated separately on a case-by-case basis.

A Digital Approach to Arbitration

The DIAC’s new 2022 Rules are a clear sign that the UAE, and particularly Dubai, is continuing to assert itself as a leading arbitral centre, with technology at the forefront of their most recent updates. Legal Support Services in the region are, therefore, geared towards providing efficient and affordable tech-driven services to meet the DIAC’s new digital emphasis. As the Middle East’s first and only full services Legal Support Provider, Flosmart Solutions empowers its clients with a suite of legal support services to meet the needs of the region’s ever-growing legal industry as well as the requirements of international law firms and their clients with arbitrations in the DIAC and LCIA.

With eDiscovery, legal scanning, electronic bundle preparations, and legal printing services, Flosmart Solutions makes it simple and cost-efficient to get the legal support services you need without having to outsource to multiple vendors. Our award-winning Case Preparation Platform is designed to help you manage your cases more efficiently, and our thought-leading trial technologies such as Electronic Presentation of Evidence, Artificial Intelligence for daily transcription services, real-time reporters, and video conferencing services will equip you with the resources you need to prepare for and conduct your arbitrations effectively.

For more information on how Flosmart Solutions can help you with your legal support needs, we invite you to contact us today.

PrevPreviousWe are proud to announce the opening of our new office in the UK!
NexteDiscovery 101 – BasicsNext

Flosmart was founded in 2014 as a document management solutions company to enable the intelligent flow of data and information in businesses. Flosmart provides a full range of services to the legal and construction industry. 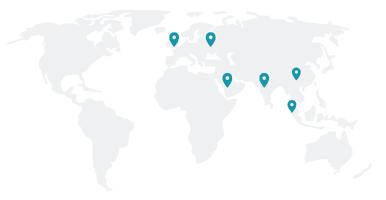